The Supreme Court declined to listen to a case against Google for its Google Books project allowing them to continue to scan books into their databases.

According to the Washington Post, the Supreme Court declined to hear a challenge from authors who had argued that the Google Books project was “brazen violation of copyright law” which effectively ended the decade-long issue in Google’s favor.

Since the Supreme Court did not take up the case, the federal appeals court ruling from October, which found that the book-scanning program was considered fair use, will stand.

In 2011, there had been a settlement worked out between Google and The Authors Guild but it was later rejected by a district court judge. Subsequent hearings from the 2nd Circuit Court of Appeals found that the efforts amounted to a “transformative” use of materials and that snippets from search findings did not amount to a “substantial substitute” for an original book.

Critics of the decisions made by the federal courts claim that this could weaken creators and their copyright by expanding fair use.

For more information, check out this article from the Washington Post.

Google’s new wireless phone service, Project Fi, offers a long list of modern day perks. It automatically moves phones between traditional cellular networks and the WiFi wireless networks inside homes and businesses. Once on WiFi, you can still make calls and send texts. And you can pay for all this in small, flat, monthly fees—avoiding the sort of inflated, strings-attached pricing that so often accompanies our cell services.

But the most interesting perk is that the service uses two different wireless carriers—T-Mobile and Sprint—and you don’t have to pick between them. As you move from place to place, Project Fi will not only move you from cellular to WiFi and back again. It will move you between T-Mobile and Sprint, depending on whose signal is the strongest in your particular location.

“The unique thing is that you’re no longer tied to a network. You can go from a Sprint tower to a T-Mobile tower and back to a Sprint tower. That’s groundbreaking. It gives customers so much more freedom,” says Robert Schouwenburg, the chief operating officer of mobile hotspot startup Karma, which has negotiated a deal with Sprint similar to Google’s.

For more on this topic, check out this article from Wired.com With the launch of the Apple MacBook and Google’s Chromebook Pixel, USB-C (also called USB Type-C) and the accompanying USB 3.1 standard are both hitting market somewhat earlier than we initially expected. If you’re curious about the two standards and how they interact, we’ve dusted off and updated our guide to the upcoming technology. The situation is more nuanced than it’s been with previous USB standard updates — USB 3.1 and USB Type-C connectors may be arriving together on the new machines, but they aren’t joined at the hip the way you might think.

For more, go to ExtremeTech.com’s article. Additionally, Google also announced that Adobe Photoshop is now available via stream on Chromebooks. Currently, this service is only available to students in North America who have purchased an Adobe Creative Cloud subscription. Despite presumably needing to have a constant Internet connection, the new service will include full integration with Google Drive thus eliminating the need to upload and download Adobe files like in past editions of the software.

For more information on Google Forms and Adobe on Chromebooks, follow these links to the Google Blog: (Forms, Adobe)

A Professor’s View on the Chromebook

Here’s a blog post from the Chronicle of Higher Education that provides a nice follow-up to our previous post on the Basics of Chrome OS. Professor Jason B. Jones from Central Connecticut State University tried out the Samsung Chromebook and has a few thoughts:

Even as a resolute Apple user, it’s hard not to be at least somewhat curious about Chromebooks, the low-cost netbooks running ChromeOS. For the past six weeks or so, I’ve had a Samsung Chromebook, and it has been an interesting experience to say the least. It’s actually a little difficult to make an outright recommendation about the device either way–so much depends on the use case and on the institutional context–but I do have some impressions.

The Basics of Chrome OS Choosing a computer can be a tall order. Obviously, you want a device that can do everything you need it to, but there are frequently other parameters that are worth consideration. Is it compatible with old files and documents? Where can it be used and how portable is it? How much will it cost? There have traditionally been three options: Macs, Windows PCs, and Linux PCs. But a young contender in the market is shaking things up.

Chrome OS, designed by Google, is a different breed of OS. It is almost exclusively a web browser, so it definitely lacks some serious functionality. But while it may fall short in application selection, Chrome OS makes up for it in speed, ease of use, and most importantly, price. The most popular Chromebook can be bought for $250.

END_OF_DOCUMENT_TOKEN_TO_BE_REPLACED You should read Mat Honan’s heartbreaking tale of a hack attack and the ensuing discussion on Techmeme. Much of the story is about Amazon or Apple’s security practices, but I would still advise everyone to turn on Google’s two-factor authentication to make your Gmail account safer and less likely to get hacked. 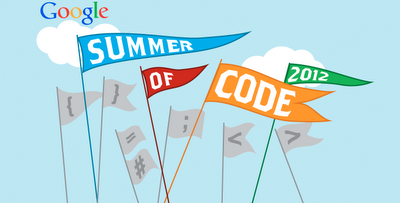 It’s only Spring Break for most college students, but summer vacation will be here before you know it. Instead of getting stuck babysitting your little sister or mowing your neighbor’s lawn, apply for Google Summer of Code and spend the summer of 2012 earning money writing code for open source projects.
END_OF_DOCUMENT_TOKEN_TO_BE_REPLACED